Xbox One or PS4 – Let’s hear from the ladies 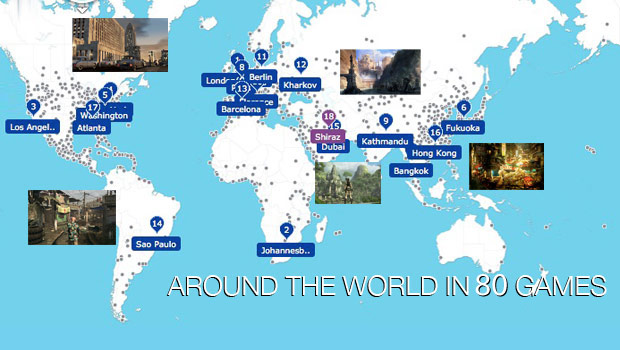 Around the World in 80 Games | Video Gaming World Tour

Since the major reveal of both consoles, there’s been a slow unveiling of more games, features and news for the Xbox One and the PS4. It has given people a lot to think about in terms of which console is going to be for them next generation. Personally, my opinion since the E3 press conferences has not changed but only been solidified, and my PS4 pre-order still stands.

I’m a current 360 user and a move into the world of Playstation is actually new territory for me, but I’m all about choosing the console that makes the most sense for me each generation, and the PS4 is definitely it. Microsoft severely dropped the ball with announcements of necessary online connectivity and limits on how you can share your games. The backlash was so huge that they went back on their original ideas and have done away with both issues (though the always on Kinect still stands). For me, it wasn’t enough to make me change my mind. They had already done their damage and their walking away from it felt more out of fear of losing money rather than trying to say they were wrong.

As for looking at games, the only exclusive that appeals to me is TitanFall, which is not just an Xbox One exclusive but a Microsoft exclusive, which allows the ability to pick it up for PC or the 360.  Halo and Forza are two franchises I had never gotten into and so while automatic buys for some, they aren’t enough to sway my decision. While Quantum Break looks interesting, it also harkens back to the old PC gaming days of live action cut scenes mixed with games, which could be either a good or bad thing.

The PS4 doesn’t have a ton of exclusives that are drawing me in either, save for The Order: 1886 which, the more is revealed, the more it looks like it could be a very cool take on an alternate, steam punk era of history. But it isn’t about exclusives for me. It’s about the poor choices Microsoft made in their initial features of the console as well as about the better hardware and graphics the PS4 will be sporting. Neither console is backwards compatible, but Sony has said people can stream PS3 games so for someone like myself who has no back library I’m losing out on, I’m looking forward to playing the Uncharted series, Last of Us, and other PS3 games I missed out on this generation.

Does it mean I will never purchase an Xbox One? Maybe not; after all, this generation my first purchase was a Wii. And there’s nothing wrong with owning multiple consoles. But it wouldn’t be for a couple of years into the generation; instead, I’ll sit back with my PS4 and a copy of Watch Dogs and be more than content.